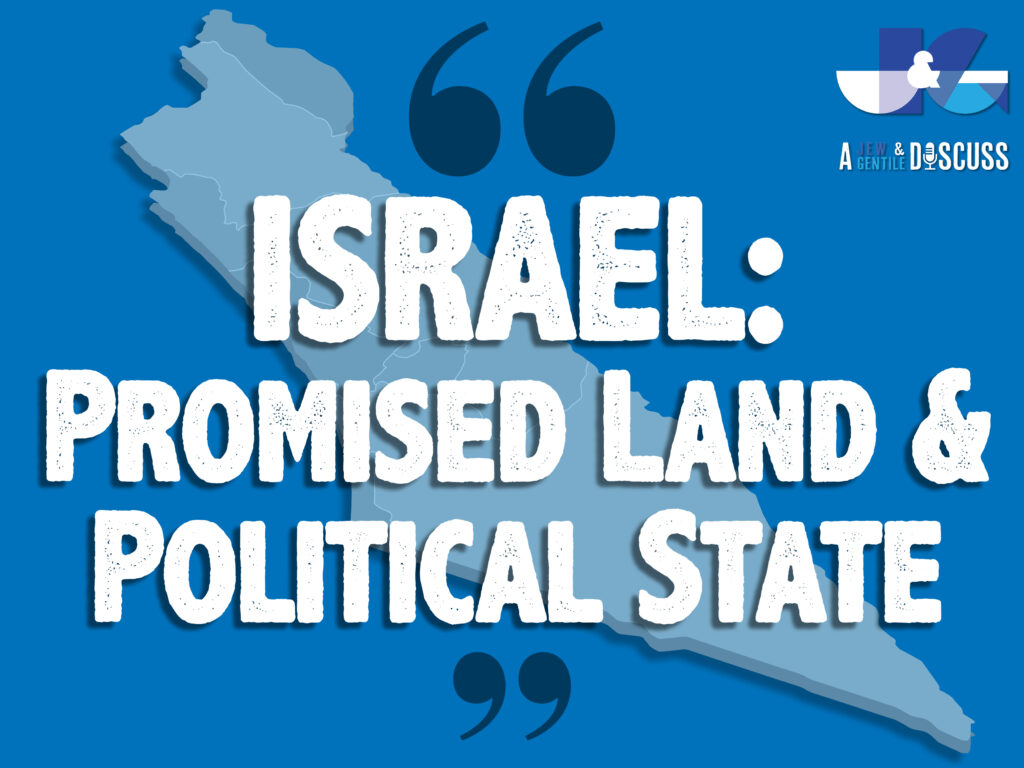 It’s complicated, that’s for sure. But, in Part 2 of their series on Israel – that little word loaded with meaning – Carly and Ezra simplify and make a lot of things clearer as they dive deeper into Israel as both land and state. They tackle some of the controversies, land disputes and obstacles to resolving certain conflicts with the Palestinians in the region.

In this episode of A Jew and A Gentile Discuss, Carly asks Ezra to explain:

Along the way, they also discuss:

Scriptures referenced in this episode:

You can support this podcast and help Jewish people in need around the world at the same time. Learn more and find out how you can get some of the best-tasting coffee in the world at Lost Tribes Coffee Co.