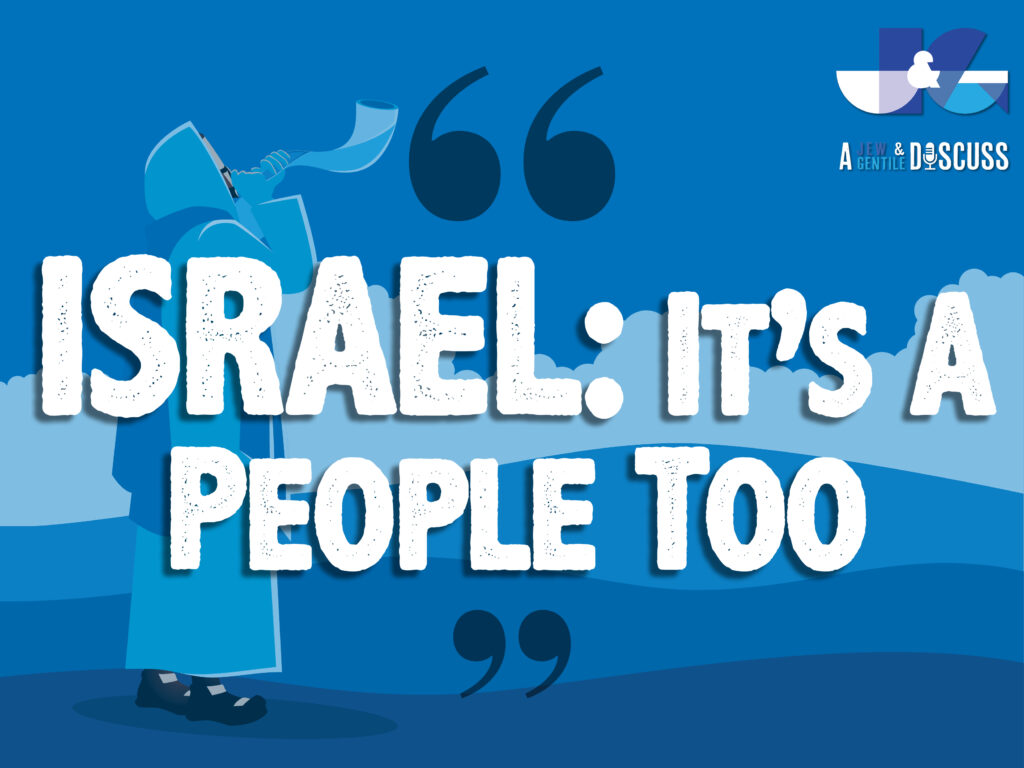 They seem like simple questions. Who is Jewish? Who is Israeli? How many Jewish people are there in the world? Pretty easy to answer, right? Welllll…

As Ezra points out the old Jewish saying, “Where you have two Jewish people, you’ll have three opinions,” you see that some answers aren’t as simple as you’d expect. (And that’s what makes this podcast so awesome; we take the time to explain all that stuff in a way you can grasp it!)

This episode of A Jew and A Gentile Discuss is the third of a three-part series unpacking the depths of meaning behind the little word “Israel.” If you haven’t listened to Parts 1 and 2, you’ll want to hear those too. Part 1 provides an excellent, introductory overview of the series, and Part 2 dives into the subjects of the Land of Israel and the State of Israel.

In Part 3, along with the “not-as-simple-as-you-think questions” mentioned above, Carly challenges Ezra with additional inquiries, such as:

Ezra also answers a listener who says: “I’m learning all this information about the importance of Israel and the Jewish people; what action can I take to be supportive?”

Scriptures referenced in this episode